there is a lack of clean water and electricity in zimbabwe. women and children have to walk many miles to fetch water and the power grid is absent or unreliable.

Zimbabwe used to have some of the highest health and education statistics of Sub-Saharan Africa. Political and economic crises in past years have exacerbated existing poverty and caused many societal problems. The poverty percentage has risen from 25% to 63% between 1990 and 2003. Inflation has made food and medicine unaffordable. In Zimbabwe, poverty is the norm.

Urban areas are dealing with huge shortages of fuel, bank notes, water, and electricity. For half of the capital city Harare, running water is provided only once per week and power cuts last up to 18 hours in many areas. Deterioration of infrastructure since the 1980 Independence has further isolated rural Zimbabwe and is one of the causes for its current poverty.

Inaccessibility of marketplaces has led to a decline in agricultural production, resulting in food shortages throughout Zimbabwe. In rural areas especially, families are being cared for by only one parent or caretaker, often a mother or grandmother. These families depend on sustenance farming, which is very vulnerable to weather conditions and yields hardly enough food. Approximately 28% of Zimbabwean children lack enough nutritional variation.

to help the people in zimbabwe

Mpilo Foundation depends on sponsors and contributors. larger projects are regularly funded in part by businesses and foundations, but contributions for smaller projects are also valuable.

These contributions enable us to change lives in Zimbabwe. The impact of a new borehole or solar installation is tremendous. It spreads out and benefits communities in multiple aspects of life.

Clean water allows for agriculture and with it food security and food safety. A borehole nearby means up to 91% time saved for local women, time they can spend on self-improvement. A solar installation makes it possible to teach IT classes, but, with classrooms being lit,  it also provides an opportunity for evening classes. Adults who have not learned to read and write are given a second chance to acquire these skills. These skills will help them with further education and self-development. A solar kit provides villagers with safety from wildlife, but it also allows for mobile phones to be charged and eliminates the need for kerosine, which is dangerous and unhealthy.

Access to clean water is the first step out of poverty. Food security is the second step. The ability for self-improvement and self-development are further important steps. Every contribution, large or small, impacts the life of many and spreads like ripples in a pond.

Listen below are the different projects that you can finance. More information about where the funds will go and how they will be used can be found on the donate page. 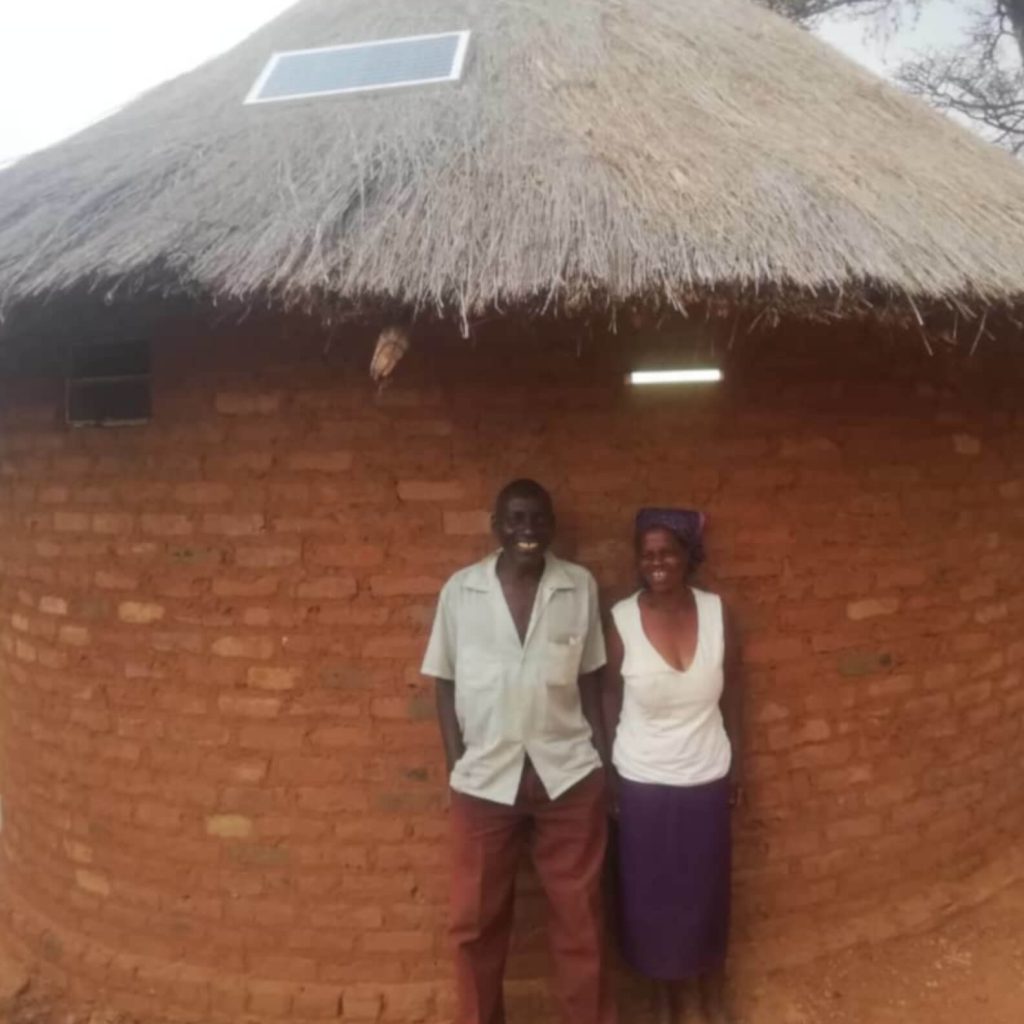 Light is of great importance to the people in Zimbabwe. It protects villagers from wild animals and allows them to charge mobile phones. A solar kit also eliminates the need for kerosine, which is dangerous and unhealthy.

A donation of €100  provides
villagers in Zimbabwe with
one solar kit. This impacts the village in a positive way. Your contribution will be greatly appreciated. 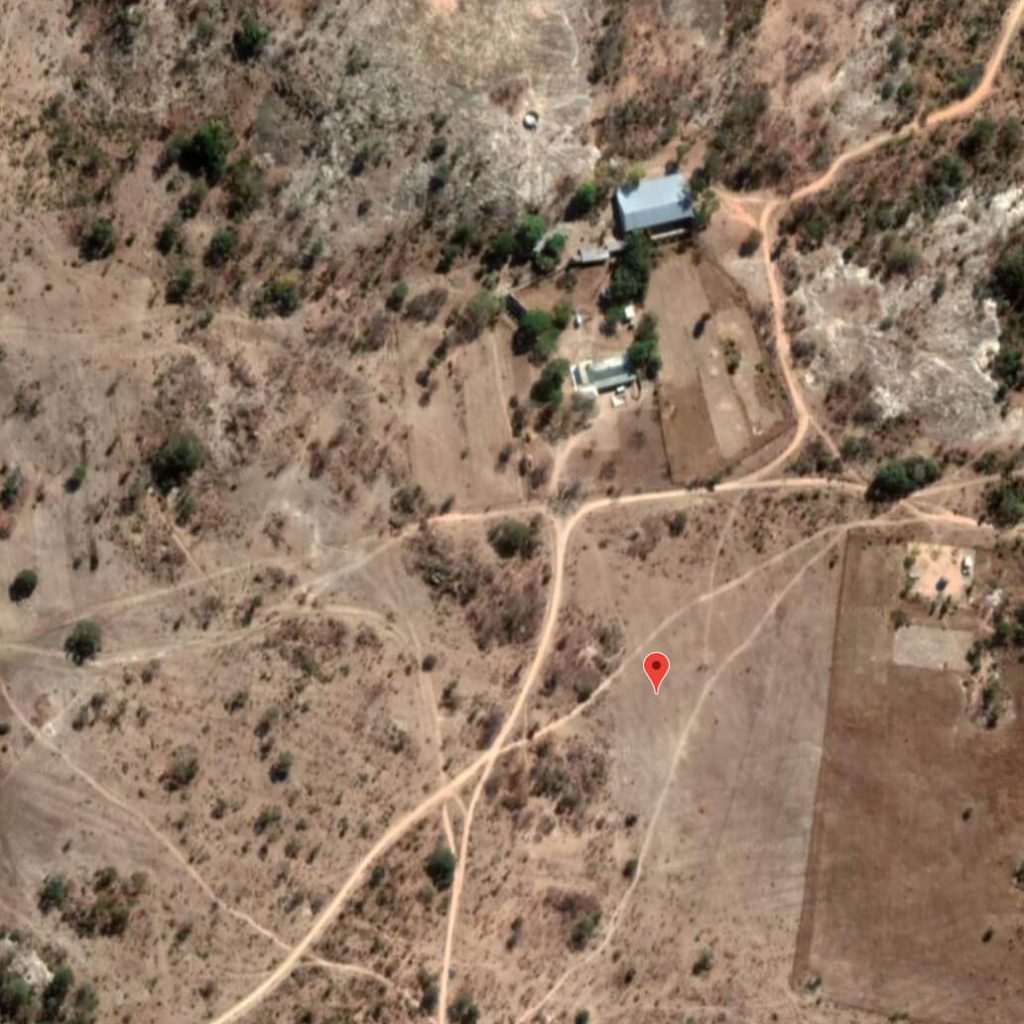 Before any borehole can be drilled, it is necessary to carry out a water survey. The purpose of the survey is to locate a site with the highest chance of finding groundwater.

For every new borehole, this preporatory step is essential.

A donation of €300  allows Mpilo Foundation to request a water survey near one of the villages or schools that need a borehole. Your donation will contribute greatly towards this goal. 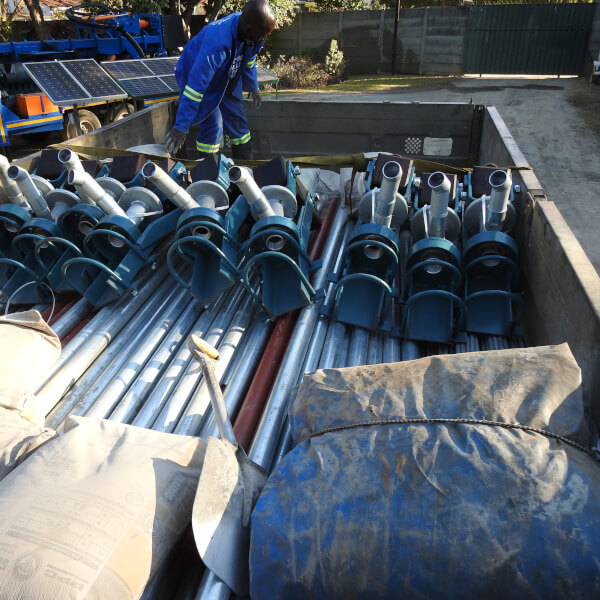 Many of the boreholes in Zimbabwe are old and have fallen in disrepair. They were useful in the past but are now working poorly or not at all. This means women have to fetch water somewhere else, usually far away.

Rehabilitation of these boreholes once again provides the villagers with a water source nearby.

A donation of €2,000  covers the cost of assessment, materials and labor for rehabilition of a borehole. Many villagers and learners will benefit because of it. 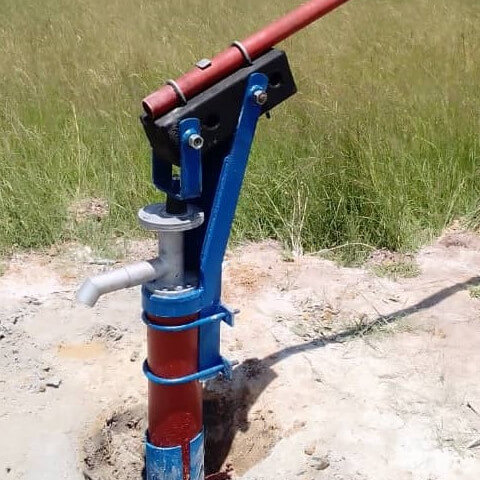 After surveying has been done, a hole has been drilled, pipes have been installed and the trucks have left, there is one important last step: installation of a bush pump, a reliable and durable pump.

A pump also requires an apron and runoff, and fencing to prevent animals from contaminating the water. All in all, it involves a lot to install a pump.

A donation of €3,500  funds the purchase, installation and additional resources of one bush pump, providing Zimbabweans with clean water for many years to come. 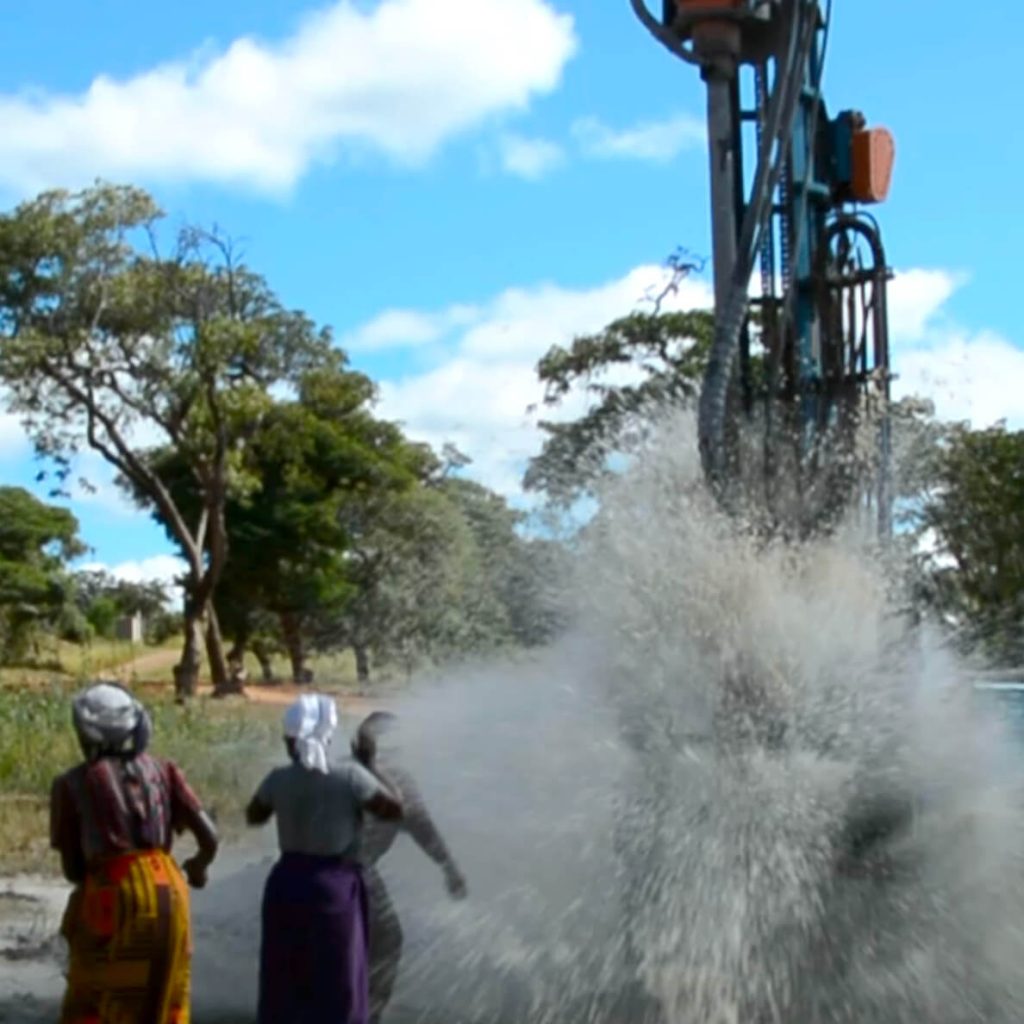 The ultimate goal of Mpilo Foundation is to provide completely functional boreholes where they are needed. Where there is no borehole to rehabilitate, it requires the effort to realise a new borehole.

This process involves carrying out a water survey, purchasing materials, acquiring the services of a drilling company and, finally, installing a pump. This is a costly operation.

A donation of €8,000  allows Mpilo Foundation to impact lives in a way that is hard to imagine. The time it will save, the opportunities it provides, and the sense of ownership and independence that come from it are hard to put into words. Your donation will be more than appreciated!

choose an amount? Donate through iDeal or PayPal

Donation by direct bank transfer can be made to IBAN NL98 RABO 0331 8112 35 in the name of Stichting Mpilo Foundation.

We always visit a project beforehand to establish need and necessity. We also look at the transparency and stability of the project organization.

We don’t give money, but we support projects with sustainable solutions for water and electricity, using solar energy.

We prefer to work with local suppliers for the facilities. We also provide local guidance on implementation.

We return to our projects every year. We discuss progress together with the local organization. We remain involved for 3 to 5 years.

who we are and what we do

Founded in 2018, Mpilo Foundation has set itself the objective to provide schools and villages with clean water and electricity. conditions are often harsh and we strive to improve these circumstances out of a sense of connectedness and compassion with the people in zimbabwe.

Mpilo Foundation’s founder Albert Nijland and his wife Ellen have lived and worked in Zimbabwe from 1984 tot 1987. Albert was employed as a tropical doctor at the Mpilo hospital in Bulawayo, Matabeleland district’s largest city. A sense of connectedness with Zimbabwe has always remained.

Our work is based on commitment and personal relations. Over the past years, valuable contacts with heads of schools and villages and local populations have been formed. Because of our annual visits, our network has expanded and  strengthened. These visits help us to get a good sense of local circumstances. Equally important are our associates in Zimbabwe, who facilitate assessment, preparation, and execution of projects.

In addition to personal relations, we make sure each project is sustainable and worthwile. This necessitates assessment beforehand of the community impact a new or rehabilitated borehole will have. An important factor is continuity after the project has been finished. Communal responsibility for the facilites realised promotes this: villagers are asked to contribute a small amount and a water commission is established to ensure care and maintenance.

So far, we have provided more than 50,000 people with access to clean water or electricity. Mpilo Foundation will continue to aid the people in Zimbabwe.

Albert Nijland, MD PhD, chair
Albert Nijland has worked as a tropical doctor at the Mpilo hospital in Bulawayo, Zimbabwe from 1984 to 1987. In 1991, he was a Registrar/Lecturer at the Medical University of Southern Africa (MEDUNSA), near Pretoria, South Africa. As a volunteer he has always remained connected to Africa.
Jaco van den Hoek, MD, secretary
Jaco van den Hoek has been a pediatrician at the Saxenburgh Medical Center since 2001. He recognizes the sharp contrast between the unprecedented luxury and prosperity in the Netherlands and the situation in many other places in the world, such as Zimbabwe.
Berto Broeksema, treasurer
Berto Broeksema has been working as a manager in the healthcare sector since 1992. He is struck by the difference between the health care system in the Netherlands and the situation in Zimbabwe, on the other hand, which is simply terrible. The importance of investing time and energy improving these circumstances seems obvious.
Joel Kasunungure,
country representative
Joel Kasunungure is passionate about providing basic needs to underdeveloped villages. He is a board member of iMpilo Zimbabwe Trust.
Gift Sanyamahwe,
project manager
Gift Sanyamahwe is an entrepreneur in piggery and crop farming. Has he worked with Inspire Women Men and Children in Umguza.
Belinda Malandu, WASH Officer

Belinda Malandu has a background in the WASH industry. She is qualified in Water and Waste Management.

Angel Dube
Angel Dube is involved in Information Management and Community Development. She is commited to aiding vulnerable groups in society
Ellen Nijland-Demmer
Ellen Nijland has lived with Albert in Zimbabwe and stood at the cradle of Mpilo Foundation. Her contacts with Zimbabwean women are invaluable.
Laban Thimo
Laban Thimo strives to promote renewable energy and is currently a PhD candidate at Jomo Kenyatta University of Agriculture and Technology.

Ivona Birlad is a student at Rotterdam School of Management. She coaches a team of I-DO students and is involved with social media
Thulani Gumbo,
Matabeleland representative
Thulani Gumbo was born in a rural town in Lupane and went to primary school in Sibangani. He currently works as an entrepreneur in Victoria Falls.
Wouter Nanninga, graphic designer
Wouter Nanninga is the graphic designer for Mpilo Foundation and as such responsible for its ‘face’, logo and website among others.
Muke Chitiga
Muke Chitiga was born in Zimbabwe and now lives in the Netherlands. He has experience in hydrology and water management and hopes to change lives through technology.
Facebook
Twitter
Instagram
Linkedin

Mpilo Foundation is recognized by the tax authorities as a Public Benefit Organization (ANBI).